How to reduce your food wastage 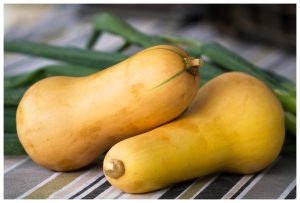 There is no doubt that food wastage is problem, but how big is that problem really? How is it possible that we can be wasting food with so many people going hungry in the world?  It is a fact that millions of people are going hungry each and every day. The world produces roughly 30 million tons of food each year, and about ⅓ of that food goes to waste each and every year. That is close to 10 million tons of food being wasted annually.  This has huge implications on the environment as well as the economy. South Africa alone, wastes enough water as a result of food wastage to fill up 600 000 Olympic swimming pools. That is a lot of water, considering that we are 30th on the list of the driest countries in the world.

Of course, the first thought that most of us have, is to ask… what can we do about it?  Well there are few things that we could do at home that will contribute to making a difference and hopefully also leave you with a little extra change at the end of each month.

I’m sure we are all guilty of having said that we’re going to the shop to buy two items only to end up with five bags filled with groceries. Often, these are items we could have done without and in amounts that we don’t need. As a result, we pack all these goodies away into the pantry and fridge and sometimes, that is where they stay until they have to be thrown out again. It is far easier to make a list of what you need and then sticking to it. It is also considered better practise to rather make few runs to the shop in month, than to go once in the month and buying in bulk.  Yes, buying in bulk can be cheaper, but how much are you saving if you have to throw a huge portion of that food away?

Storing your food correctly, in my opinion, is probably the most efficient way of preventing food wastage.  When food is stored incorrectly, it tends to ripen quicker than it actually should. There are some fresh produce items which release ethylene gas as they are ripening which causes other fruits and veggies around them to ripen at a more rapid pace than they would normally. These items include banana, avocado, tomato, cantaloupe, peaches pears and green onion to name a few, and they should generally be kept separate from your other fresh produce. Apart from keeping these items of our fresh produce away from other fresh produce, we also have to keep in mind the best way of storing food. Should the items be kept in a fridge or are they suited for room temperature?  Read more on food storage.

Fermenting or pickling your food are methods of preservation that have been around for thousands of years and are slowly making their return to restaurants and homes as they not only allow us to curb food wastage, but they also have such phenomenal health benefits too. It really doesn’t have to be a huge task as many would believe it has to be. It can be as simple as taking some excess ripe apples to make a sauce for example. Read more on food preservation.

It’s easy to put leftovers away, but what tends to happen is that they stay there and then end up having to be thrown away because we forgot we had them there. To avoid the forgetting and wasting food that you spent hours slaving in front stove to prepare, it might be a good idea to place all your leftovers in a clear, glass container that is clearly visible every time you open your fridge.  This way, it is easy to see each time you visit the fridge. If you happen to be a family that always has leftovers after almost every meal, it might be worth your while to designate a day of the week where no cooking gets done and you rather dedicate it to eating the leftovers.

Free Your Fridge From Clutter

Out of sight, out of mind?  Yes, the same happens with food. If we can’t see it in front of us, we generally tend to forget about it until we smell it.  It is always good to have a stocked fridge, an overfilled one can be bad and may lead to food wastage. It is important to organise your fridge in such a way that you can see everything that is inside it.  It is also very good practise to exercise FIFO (First In First Out) when rotating items in your fridge ensuring that you most freshest items get used before the other ones that have been there for a while. For example, store your new milk behind the open milk so that the open one gets used up first.

These are just a few of many other ways to reduce food wastage. If we all play our part we can make a difference.